Tony and Olivier Award–winning Bob Avian’s dazzling life story, Dancing Man: A Broadway Choreographer’s Journey, is a memoir in three acts. Act I reveals the origins of one of Broadway’s legendary choreographers who appeared onstage with stars like Barbra Streisand and Mary Martin all before he was thirty. Act II includes teaching Katharine Hepburn how to sing and dance in Coco and working with Stephen Sondheim and Michael Bennett while helping to choreograph the original productions of Company and Follies. During this time, Avian won a Tony Award as the cochoreographer of A Chorus Line and produced the spectacular Tony Award–winning Dreamgirls. For a triumphant third act, Avian choreographed Julie Andrews’s return to the New York stage, devised all of the musical staging for Miss Saigon and Sunset Boulevard, and directed A Chorus Line on Broadway. He worked with the biggest names on Broadway, including Andrew Lloyd Webber, Carol Burnett, Jennifer Holliday, Patti LuPone, Elaine Stritch, and Glenn Close.

Candid, witty, sometimes shocking, and always entertaining, here at last is the ultimate up-close and personal insider’s view from a front row seat at the creation of the biggest, brightest, and best Broadway musicals of the past fifty years.

Essential reading to anyone interested in theatre, dance or a career in the arts. After finishing the book I wanted more.
Broadway World
An easy going, eminently readable memoir.
TalkinBroadway
February 2020 Book of the Month Pick
Broadway Direct 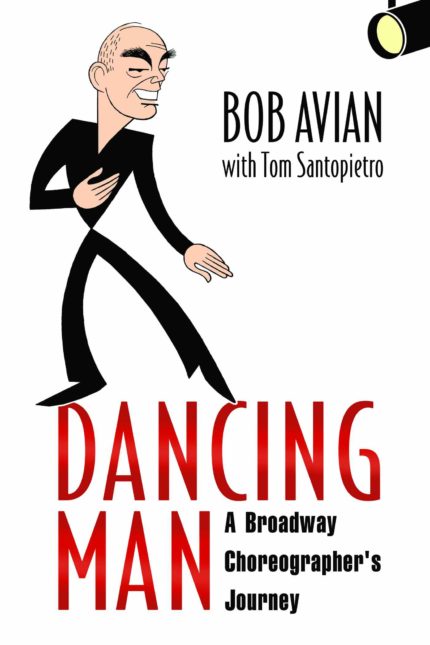